Skip to content
Uncategorized
December 28, 2018 engineer 0 Comments how to convert to islam 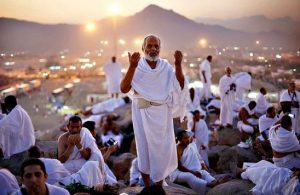 many people ask about how to convert to Islam.

The quantity of Muslims in America increase.  Some people learn and start to convert to Islam. How is the procedure to convert to Islam? Getting “instructions” for entering Islam is a great pleasure for every servant. Because of its true nature, the person who enters Islam means he returns to his nature. Nature for the one God, nature follows the final messenger of God, and nature to practice the Qur’an as the book of God.

“Whoever seeks a religion other than Islam, will not be accepted (the religion), and he in the hereafter including the losers.” (QS Ali Imran: 85).

For this reason, God taught that humans do not feel meritorious with their entry into Islam. Instead, he must feel grateful that God has given him Islamic guidance.

“They feel that you have been rewarded (Muhammad) with their Islamism. Say: “Do not think you have paid me with your Islam. On the contrary, it is Allah Who bestows favor upon you by giving guidance to you to faith. “(Surah Al-Hujurat: 17)

Procedure how to convert to Islam

Notes: If the difficulty to pronounce these two sentences fluently, can be guided by the other Muslims. Furthermore, it is also said the meaning of the sentence, to understand what he said.

Second, this pledge must be pronounced in front of the witness of the Muslims. The number of witnesses at least two Muslims is fine. The purpose of the witness is that this muallaf is admitted to have moved religion by other Muslim communities. Until then, he was addressed as a Muslim. People who convert to Islam does not have to be in front of religious figures. Because it is not a requirement of the acceptance of the creed, it should be pronounced in front of religious figures. But it must be in front of two Muslim witnesses. And witnesses, do not have to be religious figures. Just by doing the two things above, pledging the creed and witnessing the other Muslims, then the people have been declared a Muslim law. He gains the rights and obligations, like other Muslims.

what should be done after convert to Islam

Furthermore, there are some that need to be done. First, it is recommended take a “large bath”.It is recommended for those who have just entered Islam for large baths, moistening the entire body. This is based on the narrative from the companions of Qois bin Ashim radhiyallahu ‘anhu, “I go to the Prophet sallallaahu ‘alaihi wa sallam to enter Islam. Then he told me to shower with water and bidara leaves. (Narrated Abu Daud 355 – shahih)

Second, do prayer. Prayer is the second pillar of Islam after the creed. Because of this, after the converts made the creed, he was obliged to perform the prayer as other Muslims.

What he has to do?

1. If he already understands the procedures for prayer and memorizing al-Fatihah and the obligatory recitation of prayers, then he can pray alone. And if men, converts are always invited to obligatory prayer worshipers at the mosque. By continuing to study the perfect procedure for prayer.

2. If he doesn’t understand the correct way of prayer, there are two things he has to do:

a. Learn the correct prayer procedures, and memorize the obligatory readings in prayer

b. As long as he has not been able to pray perfectly, he has to make sense with other Muslims when praying, so that he can maintain the validity of his prayer.

More than that, circumcision is a symbol of the Muslims, which is also followed by other religious groups. Therefore, converts who have just converted to Islam and have not been circumcised, it is recommended that they immediately take circumcision. It’s just that, if the recommendation for circumcision can be burdensome to him and can even make converts run away from Islam, then the advice of circumcision can be postponed until it is enough for him to do circumcision without coercion.

Fourth, other Islamic Shariah. Furthermore, Moslem is directed to study other Islamic Shariah, which is obligatory for him, such as fasting procedures, responding to greetings, praying for people to sneeze, and if he is a capable person, be taught about zakat. Learn more often, will make the Moslem love the Islamic religion.